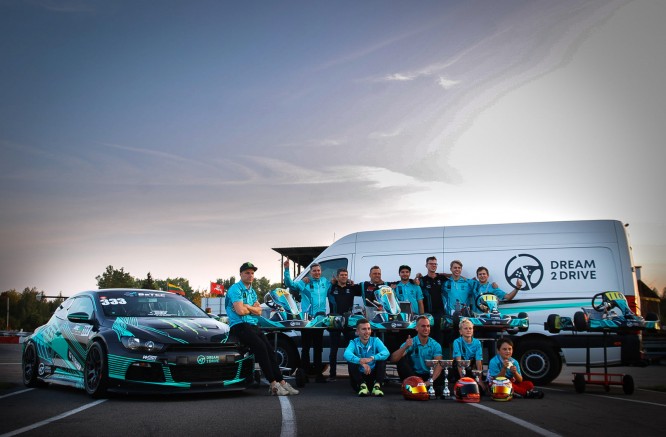 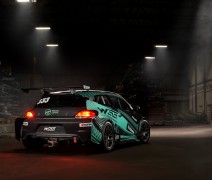 19 teams have already place the entry to compete in the largest motorsport event in the Baltic States "Aurum 1006 km race", which will take place in Palanga on 14-17 July this year.

Team "Dream 2 Drive" will drive a Volkswagen Scirocco GT24 car, which has never been seen before in this race. The head of team Dream 2 Drive, Tauras Tunyla, well known to the motorsport public, already submitted the entry form which does not include any drivers yet who will race with the team in the summer event at Palanga. "We will draw a team of young and already experienced talents, who own the future of the country's motorsport, and the right to compete in it will have to be won by the applicants themselves," says T. Tunyla. "We will offer everything for beginners and advanced race drivers - from special trainings to technical service in competitions." The selection of drivers should also be facilitated by the ongoing semi-finals of the virtual Dream 2 Drive European Championship, in which one hundred of the 1225 registered participants compete for the finals and contracts for further careers in the team. Quarantine, which not only "forced" Lithuanian race drivers into virtual tracks, also opened new opportunities last year. It is therefore not surprising that many virtual champions have successfully translated their dreams and aspirations into real tracks. Among them are Dream 2 Drive champions Martynas Sidunovas, Domantas Ladauskas, Tauras Gudinavičius, who have already managed to be on the podiums of the most important real races in the Baltic States. The name Dream 2 Drive, like the project idea, was born from a dream to race. In three years, we have helped many young talents to take the first step into professional motorsport, and our young team has also grown and improved, ”recalls T. Tunyla. The young team is probably conducted by the youngest, but already experienced, great strategist, 28-year-old Ignas Abečiūnas, with whom he has been working together for the fourth year. During this time, the team became the vice-champion of the TCR series in the northern European zone, winning the first night race in the history of Lithuania.

According to the team leader, there are a number of candidates who want to move from simulators to real race tracks. Many of them cultivate the sport of karting, and many of them have already gained the necessary experience. Therefore, assembling a team will not be difficult. Although the composition of the team is not yet known, its goals are to win the class, not to make mistakes and to gain as much experience as possible. After all, the team's perspective is the European Long Distance Championships. Last year, however, the team, using three-dimensional technology, significantly improved the aerodynamics of the sports car and, without a doubt, its appearance, the attractiveness of the changes of which will be appreciated by the spectators of the Aurum 1006 km race.