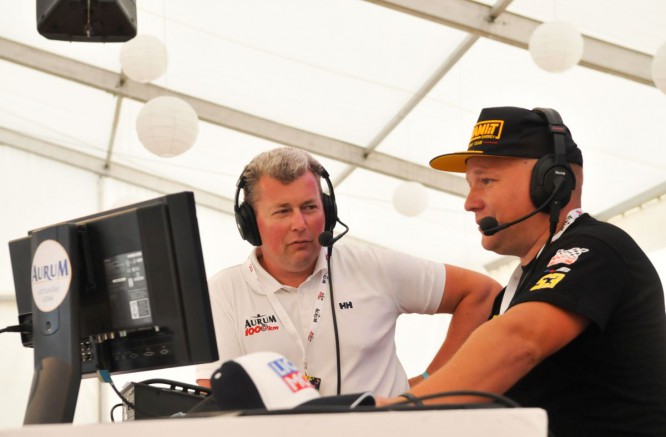 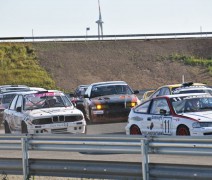 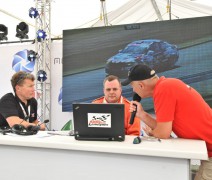 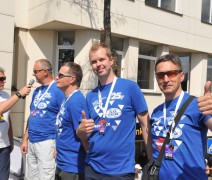 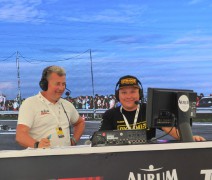 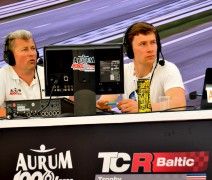 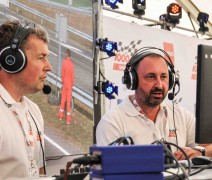 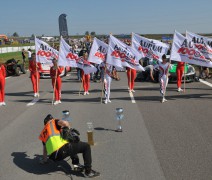 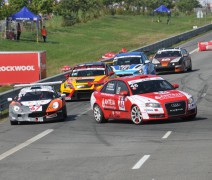 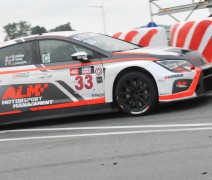 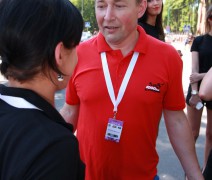 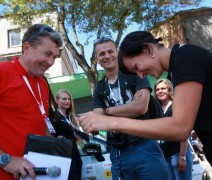 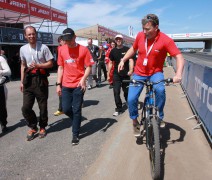 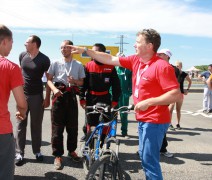 Twenty years with a microphone

20th “Aurum 1006km race” is expected to be a huge event. The organizer, Darius Jonušis, states that if not for the people who stood by the side since the beginning of the race – there would not be the 20th race. One of them is a man with a microphone, television, and radio anchor Saulenis POCIŪNAS. He is the commentator of the race since the very beginning.

One of the main memories of Saulenis Pociūnas is “The Green Hell” race in Nürburg, Germany. He was surprised that so many people can live with such a passion for a race event. People would gather, eat, laugh and cheer for their favorite teams.

The commentator told that he was really happy that a little piece of that race came to Lithuania. At first, most of the teams were from “The Green Hell”, however, each year more and more drivers from various corners of the world participate.

Saulenis does not have any favorite team, he respects every single team that participates in the race.

He perfectly knows that top teams’ budgets are bigger than from small teams, nevertheless, while commenting the race Saulenis tries to give everyone attention. Even to those team who will not make to the TOP 10.

Throughout the years' many collaborations with various producers, cameramen and other specialists took place. Saulenis tells that technologies have helped a lot. At first, he only got news during the commercial breaks, now everything is directly messaged.

Saulenis shares one of the funniest memories: “Since I was working in one TV channel, my voice could not be heard in another so the operator had to change my voice for my comments of the race.”

Everyone thinks that since the race is by the sea everyone goes there and relaxes. It is not true. In 19 years Saulenis visited sea only once as the race event is always unexpected.

It is nice to be appreciated

Last year I thought that 20 years in a row is a nice number. So maybe this year is the last year of commenting the race? It is nice that someone still invites, Saulenis appreciates it and hints that most probably it is not the last race for him.