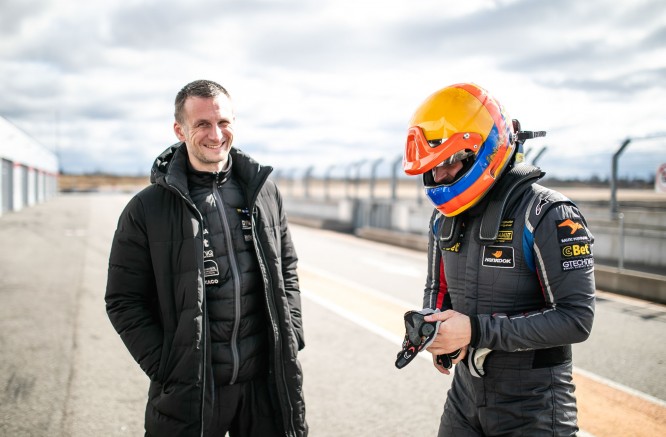 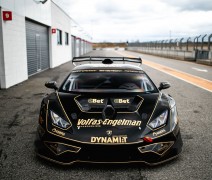 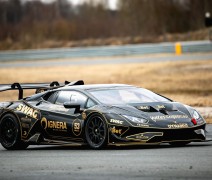 Last year’s race was not a very successful for the "Dynami:t Energy" team in the "Aurum 1006 km powered by Hankook" race: cars crashed, broke down, burned, but the team leader Mantas Matukaitis stood up after every stumble and worked hard and kept trying to win. So this year, the expectations are even higher for the team, which has updated its name to “Ignera & BioCircle by Dynami:t”. The team will race with a “Lamborghini Huracan ST EVO”, which hopefully will be able to fight for the podium.

The will to win

Over almost a decade, “Dynami:t Energy team” has successfully grown from a simple BMW built in a garage to a top team with state-of-the-art equipment. It had good drivers, good pace on the track, but it lacked success. Two years ago, it didn't even make it to the track because of a Porsche engine failure. The Chevrolet Corvette was ruined by an accident, and last year, while the Porsche was still being repaired, they barely saw the chequered flag. Despite the setbacks, M. Matukaitis never gave up.

A team that is always moving forward

Mantas did not hide the fact that his strong point is managerial, brand building. The racing team, which has been in existence for several years, is a means of self-expression for Mantas Matukaitis, who was voted the best marketing manager in Lithuania, and racing on the track is the strategy that makes a brand visible.

“We have always wanted to grow, to drive more serious cars. And the turning point was when we bought a “Chevrolet Corvette”. That's when we saw that exceptional machinery could attract more interest. We realised that at the end of the day, it's not enough to have a good marketing plan, you need to have the tools to do it," he said. This is how the “Porsche 911 GT3 RS”, which once already won the “Aurum 1006 km powered by Hankook” race, ended up in the garage of the “Dynami:t Energy team”. According to him, factory cars are the pinnacle of motorsport.

Preparing for the good days

Unfortunately, during the first year with the “Porsche”, the team didn't even make it to the start line. Mantas doesn't deny that before qualifying, when the engine failed, he got demotivated. But “Dynami:t Energy“ kept going and kept going. And they never gave up. "When we started, we did very well. Even with the standard BMWs, we were in the top ten. And then we hit a streak of bad luck. We know that it will end eventually. And when it does, we want to be ready for it," said Mantas Matukaitis.

Ignera & BioCircle by Dynami:t, which will start in Palanga in a month, believes that the setbacks will come to an end, and they will fight for the top positions. The latest vehicle to achieve this is a “Lamborghini Huracan ST EVO” with a V10 engine producing over 600 HP.

Aspiring to be on the podium

"It's too early to judge the car, as we've only passed the initial familiarisation phase. And the specifics of the track in Palanga are different from what we've driven so far. I think everything will become clear once we get there. The fact is that having this level of machinery is not just a nice thing to have. It is also an obligation. People expect something from us, they expect a podium not only in the class but also in the overall standings and we will try to fight for it," said Mantas. It is already clear that M. Matukaitis will be driving together with experienced riders Rokas Steponavičius and Karolis Gedgaudas. And he hopes that this year, it will be possible to compete for the top positions in the overall “Aurum 1006 km powered by Hankook” race standings.