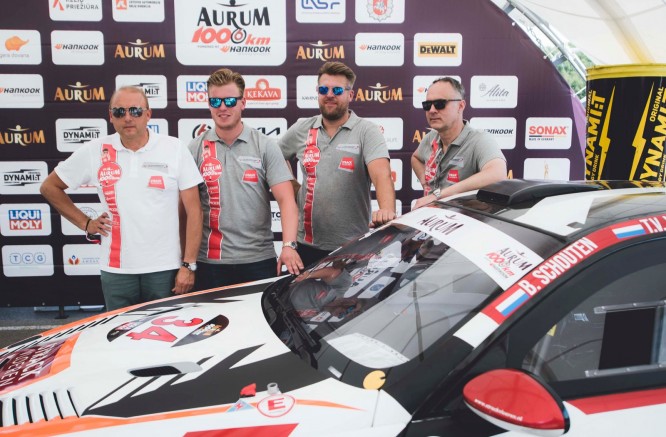 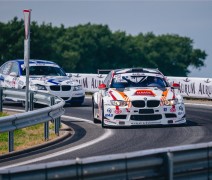 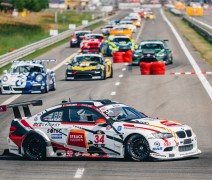 At the presentation of the "Aurum 1006 km powered by Hankook" race last weekend, Darius Jonušis, director of Promo Events, assured the audience that the list of participants is not yet complete and that the organisers are waiting for a few more entries from capable teams.

The first team to complete registration formalities yesterday was "Strack Racing By JR Motorsport" from the Netherlands.

They are not new to the Lithuanian event. It could be even said that both the team managers and the drivers know Palanga better than they know their favourite spots in their home country.

"I've been telling Darius, the organiser of the biggest motorsport event in the Baltics, for a long time that I just have to be here," says 55-year-old S. Vanbellingen, "It's my favourite race, and I'm thrilled to go to visit my old friends in Lithuania, as well as to see the fans, which I've made quite a few of."

Steve has been to almost half the races in Palanga. Twice he has been victorious. The first time was in 2010, and the second time being in 2018 in the mixed team of "Palanga Spa Hotel by EMG Motorsport", where together with Lithuanians Robertas Kupčíkas and Nemunas Dagilis, he proved his superiority in a Porsche 911 GT3 Cup.

"It's a race you can't forget," he told the press centre after the event.

Interestingly, they are coming back to the "Aurum 1006 km powered by Hankook" race with the same line-up as last year and will drive the same car. S. Vanbellingen will be driving together with Ted van Vilet and Bas Schouten.

Ted van Vilet is a participant and winner of many long-distance ring races. He won bronze in the 24H GT Series European Championship in 2019 and silver a year later.

27-year-old Bas Schouten is considered the fastest racer in the team. He successfully proved that in 2020, after winning silver in the GT4 European Series. Last year he successfully raced in many races, the 24H TCE Series powered by Hankook, GT Cup Open Europe and more.

"Last year, this team was in the top three almost right up to the finish and only an unfortunate fuelling error forced them to settle for sixth place in the overall standings," recalls D. Jonušis. - I believe they will be back this year to seek revenge for the previous sixth place, which is a dream come true for many."

We will see how the guests from the Netherlands will fare this year in the 23rd consecutive year of the "Aurum 1006 km powered by Hankook", the biggest race in the Baltic States, which will take place on 13-16 July.