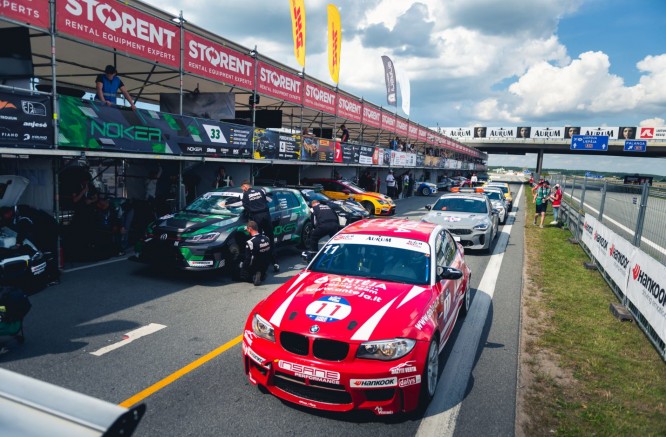 After the start of the online registration for the teams, the organizers of the Aurum 1006 km race offer to take care of tickets as well

The organizers of the Aurum 1006 km race, who announced the registration of participants just a week and a half ago, received the first applications.

Nine teams have already expressed their desire to compete in the 22nd marathon race to be held in Palanga on July 14-17, 2021, which has been organized annually by Promo Events and has been named the largest motorsport event in the Baltic States. The first applications, as it should be, were sent by the winners of last year's race - Juta Racing team.Last year, three Juta teams competed in Palanga, and this year there will be one more team “under the wing” of Juta - four.

Čapkauskas autocentras - Racing Team team with its inspirer and driver Ramūnas Čapkauskas in the lead, athletes of UAB Noker and VšĮ 222 club, Antėja Racing Team Rimo Cesiulis, Vidas Gedutis and Audrius Gricius the BMW M will drive the race track, and LG Oled will try to surprise the spectators and fans of the team with its new car "Porsche 911 GT3 Cup PDK".

The organizers of this festival also took care of the spectators and started to sell the tickets to the 1006 km race earlier than ever this year: https://racing.lt/en/tickets

The race organizers offer motorsport fans as many as six types of tickets to satisfy the desires of fans of fiesta and entertainment fiesta of very different hobbies - from season tickets to tickets entitling to park in the race area next to the campsite.

According to D. Jonušis, two years ago the innovation offered by the organizers for the first time - the so-called super fan ticket - unique opportunity to see the event differently.

From the super fan zone, from above the wide view of the service area and enjoying the hard work of the mechanics working in the beehive, the actions of team strategists and tactics, the procedures for changing athletes and, of course, the sound of car engines.

This ticket from the super fan zone allows its holder to watch the event all three days, as well as participate in Friday’s Pit Walk and Saturday’s Grid Walk, which is not available to all spectators.

Admission to the event all its days and the same and even more privileges is guaranteed by a VIP ticket, which gives the purchaser the opportunity to watch the race festival in an exclusive area, where commentators, cameramen, light artist and other professionals make the race unique and unforgettable.

The VIP area has a restaurant and a bar, where you can find everything you need for a comfortable race, sitting on the terrace and enjoying the good company of friends and the race.

Organizers have already noticed that in recent years, VIP tickets have been increasingly purchased by companies and organizations to their employees and business partners who love the world of speed.