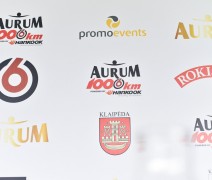 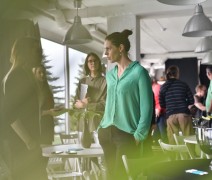 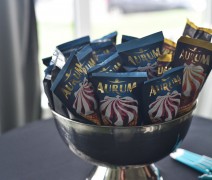 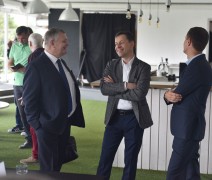 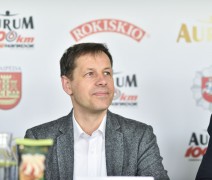 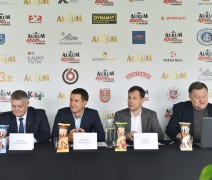 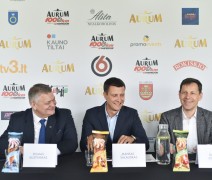 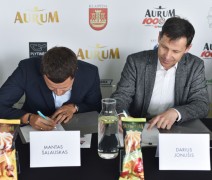 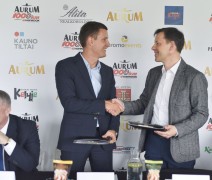 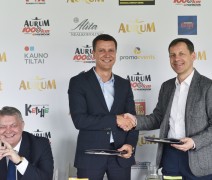 The race on July 18 -21 this year is going to have a new name “AURUM 1006 km race“. It was presented on Wednesday April 18th in a press conference. There “Promo Events“ director Darius Jonušis and the manager of “Iceco ledai“ Mantas Šalauskas signed a five year partnership deal. M. Šalauskas stated in the press conference that he is overjoyed for the opportunity to be a part of the biggest race event in the Baltic States. He is also very proud that AURUM ice cream will step into new summer season with new logo and new colourful packaging. The president of Lithuanian Automobile Sports Federation Romas Austinskas congratulated everyone on a new partnership and of course was cheerful for the event having a new name “AURUM 1006 km race“. It is important to highlight that this year is going to be the 19th race in a row which means that next year will be a huge celebration of 20 years of this car race event. Meaning that this year’s race is a huge rehearsal before next year. The director of “Promo Events“ Darius Jonušis stated this year’s race is going to be a lot of different than previous ones. There is going to be a separate TCR Baltic Trophy drivers results will be written only for “AURUM 1006 km race“ as well as the new TCR Baltic Trophy. The special attention will be dedicated to spectators and various activities are planned for them. To this date there are 25 registered teams. The organisers think that this year there could be around 50 participating teams. Until this year’s race 3 months are left so there are going to be more teams with passion for driving, skills and dedication for the sport.