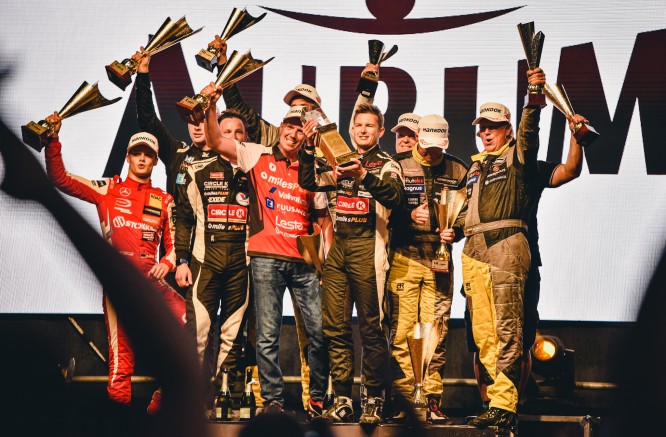 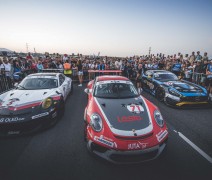 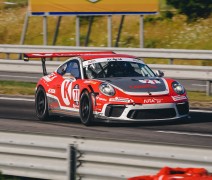 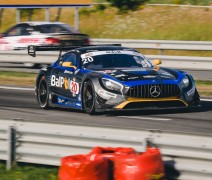 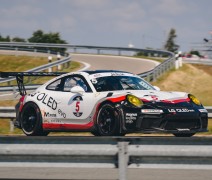 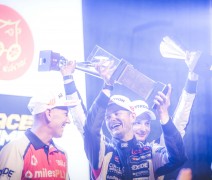 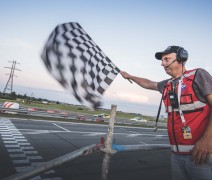 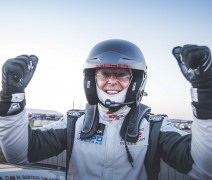 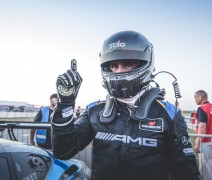 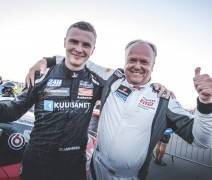 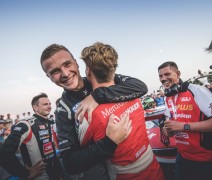 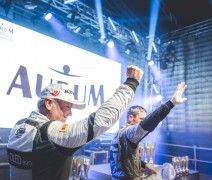 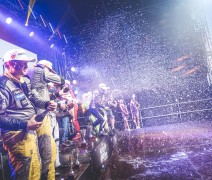 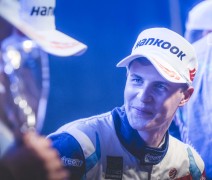 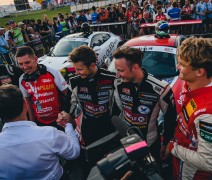 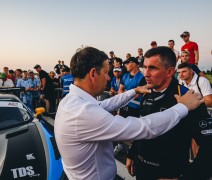 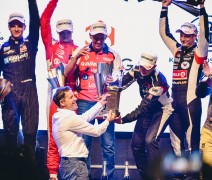 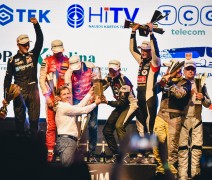 "Aurum 1006 km powered by Hankook" this year surprised everyone, not just with the amount of action on the track but as well with the most dramatic finish probably in their history. By the race regulations, the race has to be stoped at 10 pm if, until that time, none of the teams reached 1006 km; this happened this year.

"I don't remember such a hectic race during their history. The amount of incidents, stops, yellow flags and various fines was incredible," said Gražvydas Smetonis, the Chief Steward of the race, who has been working here since the first race in 2000.

The winners were congratulated by Darius Jonušis, the organiser of the "Aurum 1006 km powered by Hankook" race and Giulio Rizzo, Marketing Manager of Hankook Motorsport Europe.

For the third time in a row, "Circle K milesPlus Racing Team "won the race and Jonas Gelžinis, Ignas Gelžinis, Ralfas Aronas and Julius Adomavičius, the drivers of the team, stepped on the highest step of the podium of the "Aurum 1006 km powered by Hankook".

This year's most serious challenge for the race winners was the "Balpol by SPS automotive performance" team, brothers Nemunas and Nerijus Dagiliai and Deividas Jocius with the Mercedes AMG GT3. With a few laps left, the trio took the lead, but they needed to stop for refuelling, and they lost the position.

It was the first time at the "Aurum 1006 km powered by Hankook" to see the "Mercedes AMG GT3". The team who brought the car and all equipment from Germany done an incredible job and proved that they could win the race. Hopefully, they will be back next year to fight again.

Mantas Janavičius, Arūnas Tuma, Marius Bartkus and Aurelijus Rusteika, drivers of the "Porsche Club by LG Oled", with the Porsche 911, came third in the overall standing and they took second place in the GT Open class. They were 11 laps behind the winners.

Egidijus Valeiša, Mindaugas Varža and Justas Jonušis, with Audi TCR, took the high fifth place in the overall standing and the second in the TCR class.

The Lithuanian Automobile Sport Federation (LASF) established the cup for the "Fastest lap during the race". Jonas Gelžinis came to pick up the trophy because he drove the fastest lap of the race - 1 minute. 09.108 sec.

Winners in the classes

The TC3 class was won by the "Racing by Meatbusters" team, who drove an Audi A4.

The winners of the TC4 class became the "Dock by 222" team with the Volkswagen Scirocco.

In the class of Diesel cars, the competition was the lowest, and it was won by "Citus Racing" with Volkswagen Golf.

In the GT4 class, the first place took the team from Great Britain, the "DHR-Ignera Autovesta", which drove a beautiful Ginetta GT4 G55.

The SP3 class was won by the Estonian team "KSB Racing by Joujaam", who drove a "Ford Madstang".